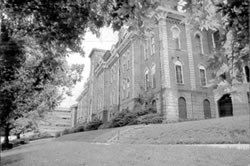 The management of mechanical disorders of the musculoskeletal system and the effects of these disorders on the nervous system’s function and general health, with an emphasis on manual treatments including spinal manipulation or adjustment.

To earn a Doctor of Chiropractic degree, the candidate typically completes a minimum of six years of academic post-high school education.
Common features in the jurisdiction of legislated coutries are:

・ Primary care(direct contact with patient)
・The right and duty to diagnose
・The right to use diagnostic x-rays.

UNBELIEVABLE FACTS ABOUT CHIROPRACTIC PRACTICE IN

JAPAN
Chiropractic practice is not legislated in Japan, and there are many practitioners practicing chiropractic without enough or with hardly any educational background or professional training. Actually anybody can open a practice in Japan today. It is totally your own responsibility to select to whom you go.
There are about 60 legitimate doctors of Chiropractic who graduated from U. S. chiropractic colleges and about 15,000 practitioners in Japan without formal chiropractic education.

THE MOVEMENT TO ESTABLISH A GOVERNMENT

The CFJ has submitted an application to the Japanese government for the establishment of the Chiropractic Research Foundation of Japan(tentative name). All the required documents have been submitted and all other necessary procedures have been taken care for the Foundation. The government is now on the process of assessing the application.

The establishment of the Foundation is a prior step toward legislation of chiropractic in Japan. It is the only possible way to introduce a professional standard for the practitioners in Japan and for educational institutions. We have to have some government authority to introduce standards for practitioners and schools, without this it is practically of no use. It is almost the only way to protect the safety of the people in Japan. 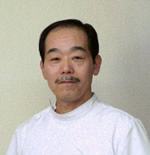 CHIEF EDITOR/CHIROPRACTIC REPORT, JAPANESE EDITION  No. 1- No. 32 TRANSLATION STUFF/ “PRINCIPLES AND PRACTICE OF CHIROPRACTIC,” BY DR. SCOTT HALDEMAN, DC, MD, PhD , “ACUTE LOW BACK PROBLEMS IN ADULT” PUBLISHED BY THE U. S. AGENCY FOR HEALTH CARE POLICY AND RESEARCH